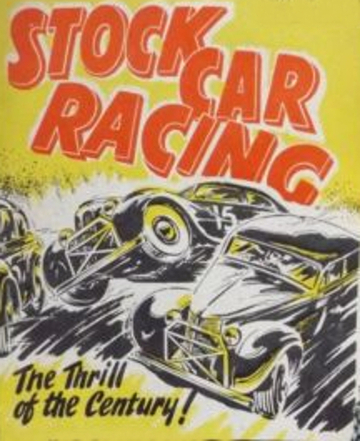 The first stock car meeting in the UK took place at New Cross Stadium, London, on Good Friday, 16th April 1954. There were several more at New Cross every fortnight, all in front of massive crowds, before the sport exploded all over the country, with many existing greyhound and speedway stadia being pressed into service to run stock cars, along with makeshift tracks built in parks and fields.

For the first four seasons, all the the tracks were independent of each another. Every promoter just did their own thing; there was no semblance of organisation or an overall governing body. By the middle of 1956 there were starting to be problems with differing views on how the sport should be run.

The underlying cause was that there weren't any universally recognised rules, it was just whatever each individual track had decided on for themselves. There wasn't an overall fixture list covering every track, or any consistent method of allocating racing numbers to drivers.

The drivers were the first to realise that a unified approach would work best for everyone, forming their own associations, which in 1956 all merged into the British Stock Car Drivers Association. (BSCDA)

Working with the promoters led to the forming of the Stock Car Racing Board Of Control, and between them they sorted a lot of stuff out for the good of the sport. From 1958, nearly all tracks joined the SCRBOC. A notable exception was Aycliffe, which ran independently of the SCRBOC until 1966. The SCRBOC later became BriSCA, the British Stock Car Association.

A new class of stock car was introduced in 1960, based on smaller 10hp cars. Initially called "Junior 10", which led to the original bigger cars being "Senior", the names eventually settled on were Formula 2 for the smaller cars and Formula 1 for the bigger ones.

Since 1954 is an attempt to document the history of BriSCA F1 stock car racing in the UK, from Good Friday 1954 to the present day. So far, at least 5,969 meetings are known to have been staged on 99 different tracks, and at least 6,637 drivers have taken part.

From 1958, meetings have been included if they were either at a track that was a member of the official organisation, or they were at an unofficial track but the entry was largely made up of regular licenced drivers, e.g. Pewsey, Dublin, Stevenage, Newcastle (1965), Mallory Park (2003).

The SCOTA organisation seperated from BriSCA in 1975 and ran F1 spec cars until 1979. These meetings are not included for now, but may be in the future.

Drivers that registered but are known to have never raced are not included.

The national numbering system was introduced for 1959, which meant that each number was fixed to a specific driver each year. This system is still in use today.

Before this, drivers either chose their own number, and were free to change it from meeting to meeting if they felt like it, or they were allocated a number by the promoter of the track they raced at. This meant that in the early years, a driver could have several numbers, some of which could also be used by other drivers at different meetings. Every number known to have been used by each driver is included.

Many thanks to the following people who have supplied information or photos for this site.